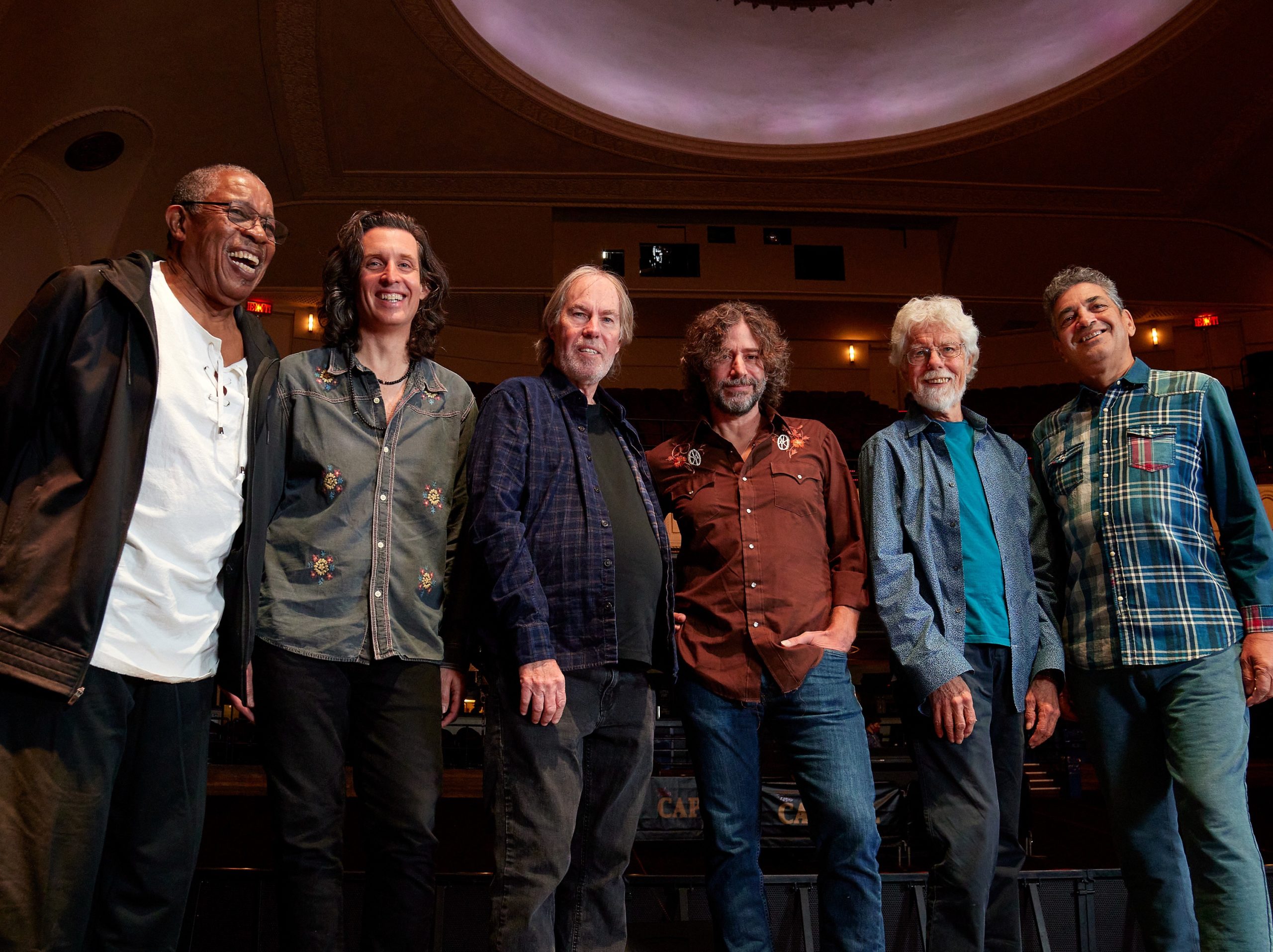 Rhythm & Roots welcomes the legendary band, Little Feat, on their Waiting For Columbus 45th Anniversary Tour, where they’ll be performing the full album, front to back.

Rhythm & Roots welcomes the legendary Little Feat on their Waiting For Columbus 45th Anniversary Tour, which marks their first live album and one of their most popular. The band will perform the full double album, front to back.

Little Feat is very possibly the last-man-standing example of what used to be the norm in American music – a fusion of a broad span of styles and genres into something utterly distinctive. They combined earthy, organic material with first-rate musicianship in a combination that transcends boundaries. Feat took California rock, funk, folk, jazz, country, rockabilly, New Orleans swamp boogie and more, and stirred it into a rich gumbo. The band has been leading people in joyful dance ever since it began in 1969.

Little Feat was formed by singer-songwriter, lead vocalist and guitarist Lowell George and keyboardist Bill Payne in Los Angeles, and the band’s first album, Little Feat, featured the instant-classic tune “Willin.” A string of success followed, but George disbanded the group due to creative differences shortly before his death in 1979, just one year after the release of one of their best-selling albums, Waiting For Columbus, recorded live over seven performances in London and Washington, D.C

Surviving members re-formed Little Feat in 1987 and the band has remained active, with today’s band members being Bill Payne, keyboards and vocals; Sam Clayton, percussion and vocals; Fred Tackett, guitars and vocals; Kenny Gradney, bass; Scott Sharrard, guitars and vocals; and Tony Leone, drums. We’re so excited Little Feat chose Charlestown’s Rhythm & Roots as a stop on its Waiting For Columbus 45th Anniversary Tour, where they’ll be performing every song from the album, considered one of the best live albums of the ’70s.